You are here: Home / Our Family / Surprise! Coming this February, we will be welcoming a tiny little Harney into our family. We are over the moon. Honestly, it has been a long road to get to this point, but we both feel so blessed to be starting this journey.

How We Found Out

I lead a small group of Middle School girls, so I had been with them at a week of camp in Missouri. On the way home I thought I was feeling car sick, which is unusual for me. I just attributed it to the fact that it was a 13 passenger van, so I didn’t even think twice. I have always had irregular periods, and we had been trying to get pregnant for about 2 years, so taking pregnancy tests was basically a monthly occurrence. When I got home from the trip I realized that I was late, so I decided to take a test (not expecting anything at all because this was pretty typical). When I saw the positive result, I froze. The biggest grin immediately spread across my face and despite my previous plans to tell my husband in some creative, unique way, I could barely hold it together enough to write him a little note. I wrote a note, stuck the test inside, and walked to the kitchen when he was waiting for me to talk about the trip.

As he started reading, he looked confused at first and I could tell he was reading it a second time. (I don’t blame him – I probably wasn’t very coherent at that point!) Once he understood that we were expecting, he just looked at me with tears in his eyes and said, “Really?” Then we hugged, prayed, and cried together. In those moments, my husband captured my heart and I will never forget that feeling. Then the photographer in me took over and we took about a dozen pictures to document ‘Week 6’ of the pregnancy! 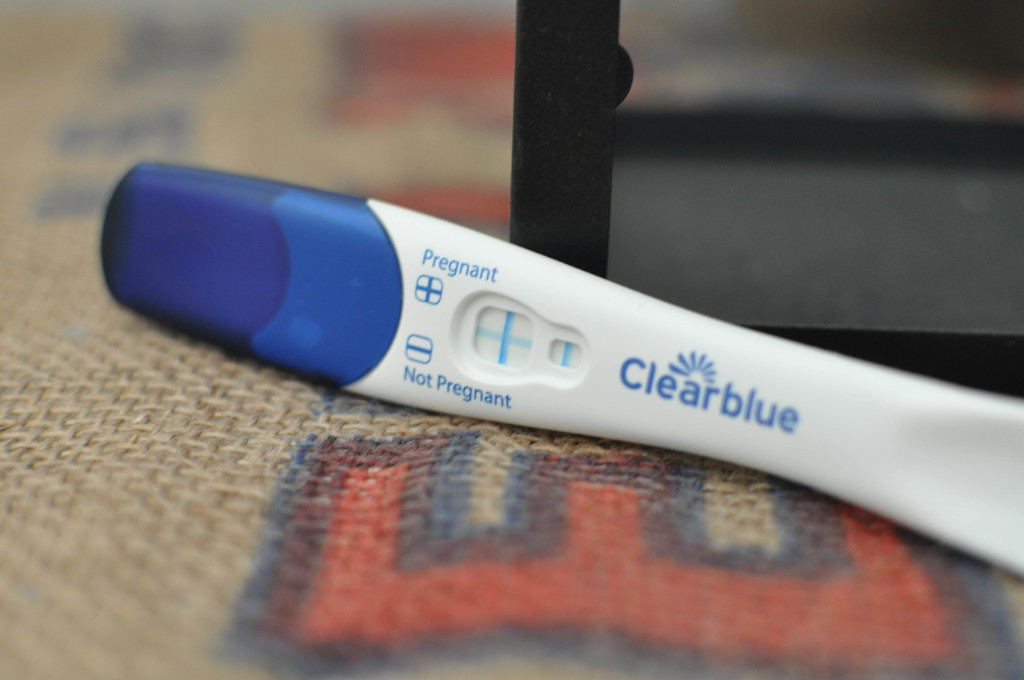 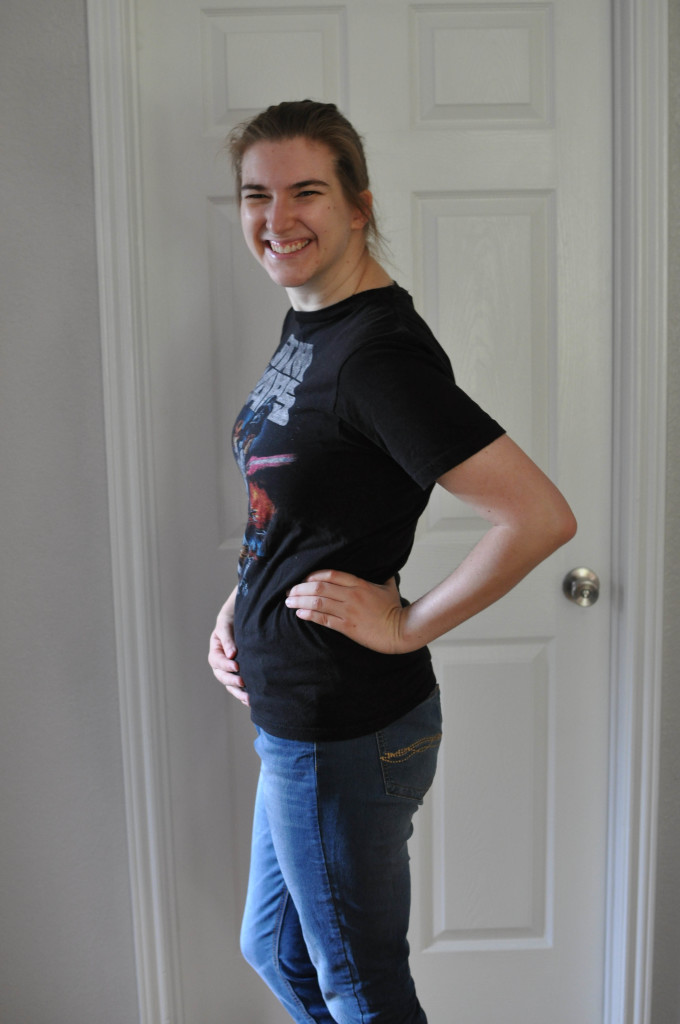 We told Daniel’s family while we were at his brother’s wedding…I know…terrible timing! Unfortunately, it would have been pretty obvious when I was sick all weekend and skipped out on all the food and the fun boat ride, so we were in a pretty tight spot.

We wouldn’t see my family soon enough, so we told them over Skype (I love technology!)

We both work on staff at a church here in Dallas, so we told them at our weekly meeting. Each week, we run through a list of visitors from the week before. I was able to get with our secretary and arrange it so that ‘Baby Harney’ made an appearance on the visitor’s list. Of course all the women on staff realized what was happening first and their questioning looks turned into lots of hugs and celebration.

Some of my favorite reactions between family and friends were a card that my Aunt Sue sent that read “Flaunt that belly, Work it, Own it!”, a message that my Aunt Judy left on my answering machine almost in tears telling me how excited she was, and the sweet secret conversations I shared with my sisters when we were the only ones that knew the whole week of the wedding. I also love the fact that we didn’t get to tell one set of Daniel’s grandparents because his 5-year-old sister beat us to it! She was just too excited to hold it in any longer and I don’t blame her!

I am honestly so relieved that our secret is out of the bag. I am terrible at keeping secrets! Now we get to dive into all the fun things like designing a nursery and finding out the gender! (And hopefully getting over this nasty morning sickness!) 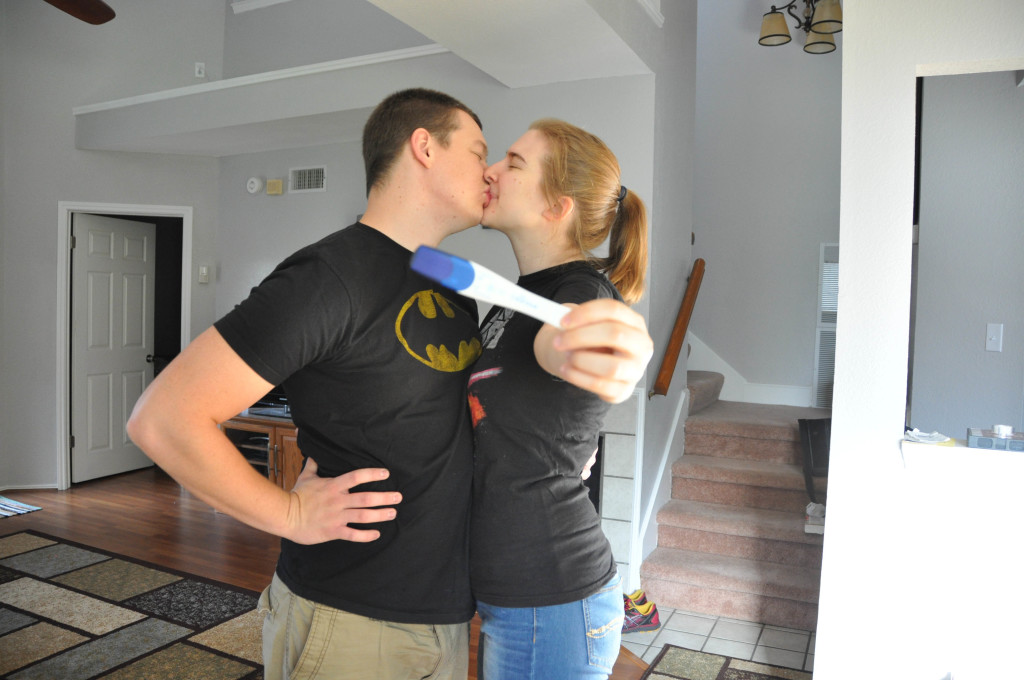 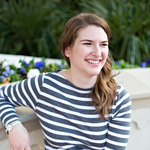 Subscribe to get DIY projects, recipes, and tips to live simply and create beautiful things delivered right to your inbox.

Success! Now check your email to confirm your subscription.

Boasting in my Weakness
{Dallas Things to Do} Our Babymoon Adventure 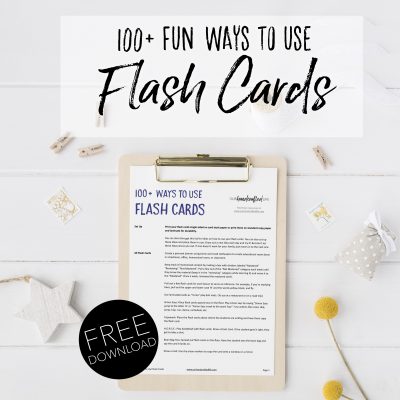 100 Fun Ways to Use Flash Cards for Homeschool…

Flash Cards don't have to be boring! Check out more than 100 ways to make flash cards more … END_OF_DOCUMENT_TOKEN_TO_BE_REPLACED 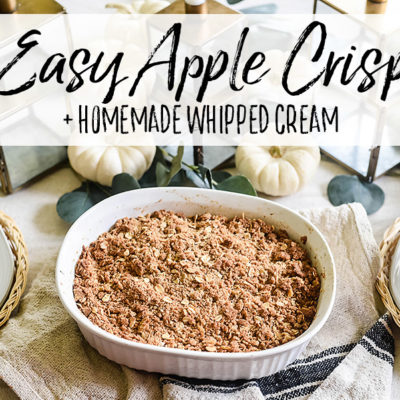